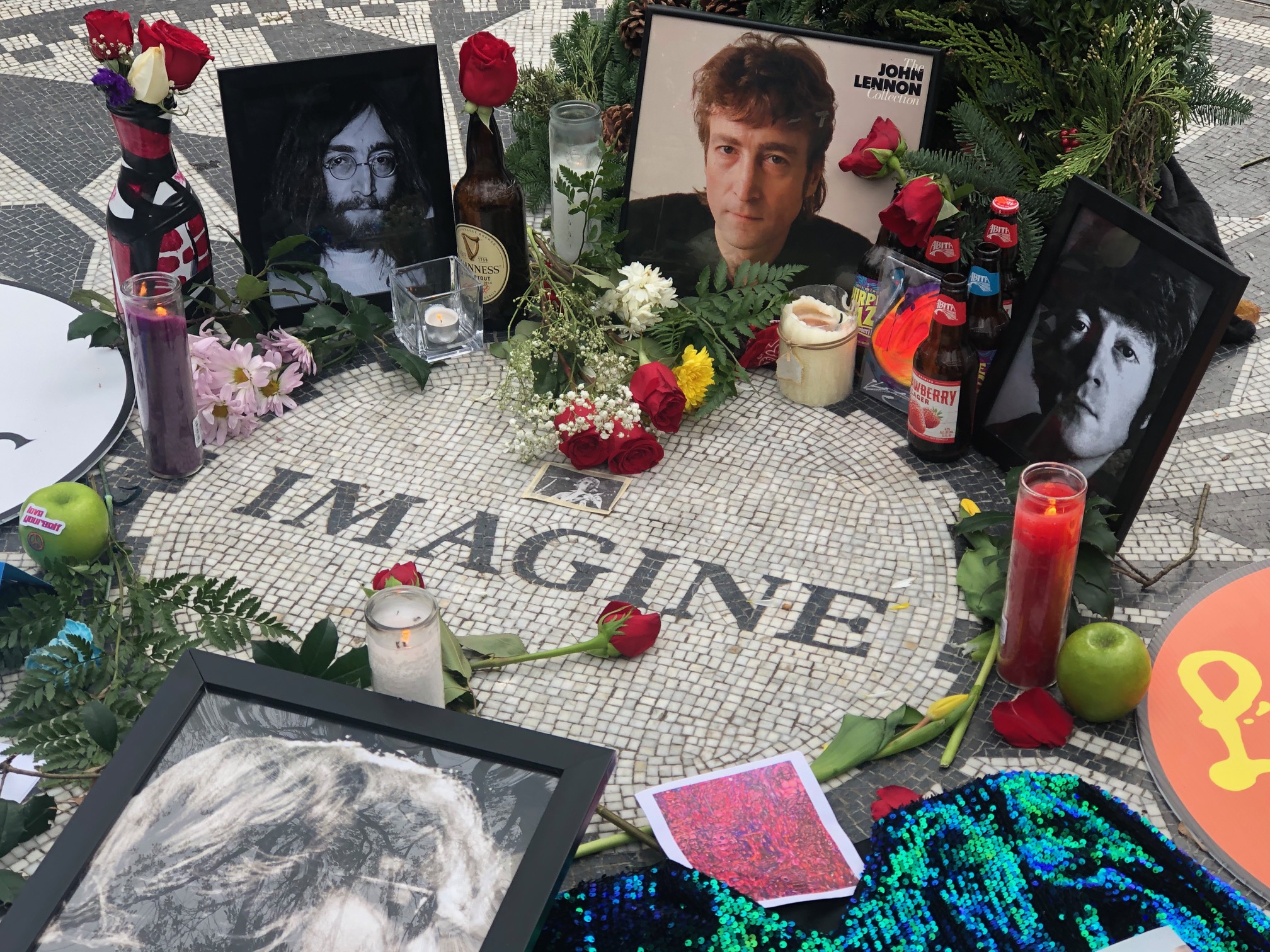 Back in 1980, I had only been a newspaper reporter for about three years and in December of that year, I had the plum assignment of working the lobster shift—midnight to 8 a.m.

I was getting ready to go to work when news of John Lennon’s murder shook the city. I called the city desk and told them I was heading to the Dakota where John and Yoko lived.

We’ve all lived a lot of years since then but believe me when I tell you it was a more innocent time. The idea that anyone would choose to assassinate a rock star, never mind a member of The Beatles, was inconceivable.

As a baby boomer I was a huge Beatles fan and emotions were running high. All I remember of the drive over is that Bruce Springsteen’s “Jungleland” with its plaintive moans was playing at high volume on WNEW-FM.

I parked and hustled to the front doors of The Dakota. Everyone knew the Dakota. It was dark and foreboding before Lennon’s murder. It was where “Rosemary’s Baby” was shot by Roman Polanski. But as a big a star as Lennon was, he was very accessible. A fellow reporter would often smoke a joint with John and Yoko and became lifelong friends simply by knocking on his door. He ate the diners in the neighborhood. (John was extremely thin when he died because of his macro diet but he often indulged in sweets like diner eclairs.)

The crowd was small when I got there just before midnight and I began interviewing the fans who had shown up with guitars and photos. Some were crying, many were singing Lennon’s anthems “Give Peace a Chance” and “Love is All You Need.”

First there were two dozen, then four dozen and finally 500 or more. Police closed off the street. With no cell phone or even a beeper, I needed a landline to feed my notes to rewrite men downtown at The Daily News famed newsroom on E. 42nd Street.

But I dared not leave the scene. That’s when I bumped into Bob Herbert. He was then a reporter/editor at The News and would later become a NY Times columnist. The only thing important that night is that he lived on the same block as The Dakota. We hustled up to his place to phone in our notes.

I stayed all night and don’t remember a thing about the weather. Was it cold? Who the hell remembers? When dawn came, I decided I was through dumping my notes. I wanted to write this story myself. The News in those days had an afternoon edition.

I left my car where it was parked and, swear to God, ran downtown and into the city room where I furiously banged out the story that ran on page 3. I never in a million years thought I would somehow be connected to Lennon and didn’t want it to be this way.

The week was a blur of staking out the Dakota and funeral homes and attending memorials. Say what you want about the end of the ‘60s but to me, that was it right there. With Lennon dead, The Beatles could not reunite. The magic was over.

I used to tell people that I’d never cover a story that big again. But then 9/11 happened and now the pandemic.

This morning, I was back at the Dakota. I had to go. I was drawn there even though it’s the saddest memorial imaginable. Almost no one was there at the front gates which surprised me. The energy of that night 40 years ago has long dissipated.

It was early and I suspect the crowds grew as the day lengthened. The action has mainly moved to Strawberry Fields and the Imagine circle where you can almost always find guys playing the old Beatles standards.

But the truth is, even the music of the Beatles can’t brighten up this forlorn anniversary. The sad truth is that John Lennon has now been dead as long as he was alive. Oh boy….